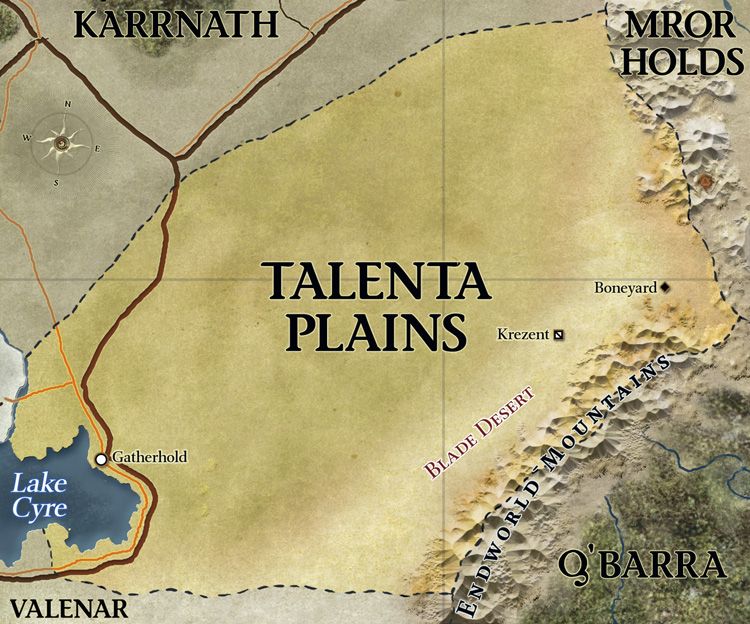 The Talenta Plains of eastern Khorvaire range from the arid grasslands in the north to the Blade Desert that runs along the Endworld Mountains to the south. Its halfling residents and their dinosaur companions are the most well-known inhabitants of the Plains, and the city of Gatherhold, near the once-beautiful Lake Cyre, is the only permanent settlement of any size.

The borders between Eberron and its planes appear to be particularly thin in this region, with spirits from Dolurrh and Thelanis in particular slipping through to the Material Plane through numerous manifest zones. Ancient ruins, be they demonic, couatl, Dhakaani, or dragonborn, dot the landscape, treated as sacred or cursed places by Talenta halflings.