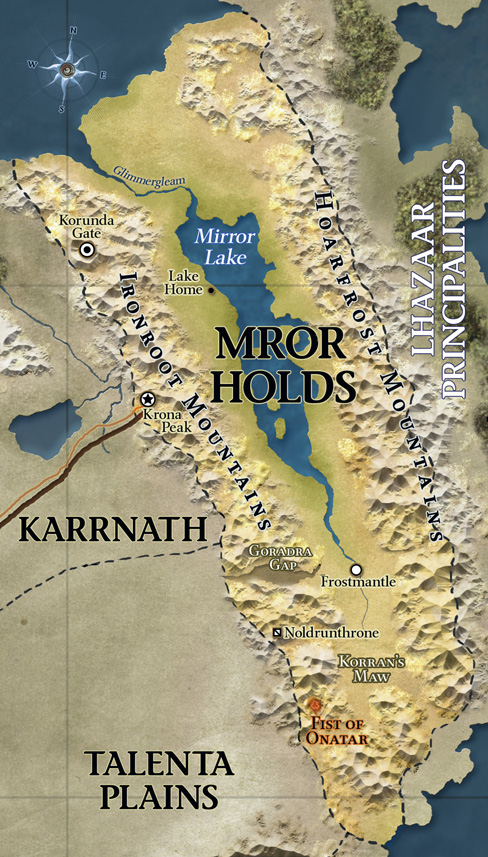 During the Last War, the Mror Holds declared independence from Karrnath, and this claim was recognized by the recent Treaty of Thronehold. This homeland of the dwarves holds promise of vast wealth for those willing to delve deep in the Ironroot and Hoarfrost Mountains—both in veins of precious metals waiting to be mined, and deeper still, the recently discovered treasures of the lost Realm Below. But the prizes of the Realm Below come at a cost; these ancient halls are stalked by the daelkyr Dyrrn the Corruptor and his hordes of aberrations. Some Mror dwarves embrace the power offered by the daelkyr, while others reject it, the divide drives deep wedges between the clans.

On the surface of the Mountains, the dwarves have claimed the best land in the center of the valley, around Mirror Lake. But they are not the only ones to call the Holds their home; the nomadic Jhorash’tar orcs live on the fringes, driven to the desolate mountains by the dominant dwarves. Tensions run high between the Jhorash’tar and most dwarven clans, many wishing to banish them entirely. The animosity is returned in kind, with orcish raids on dwarven caravans and mining operations.