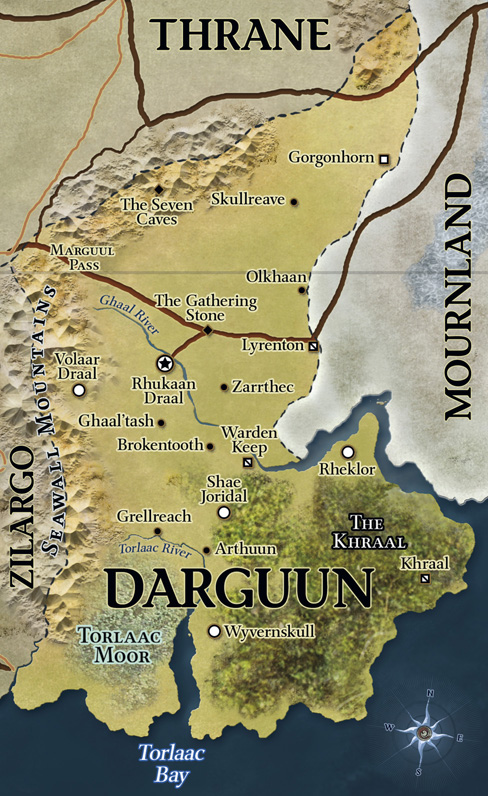 During the Last War, goblinoid mercenaries were hired to protect the southwest of Cyre. Three decades ago, a young warlord named Haruuc realized that his people outnumbered the beleaguered humans. In an act of treachery, he overthrew his employers and claimed the land as a sovereign country for the dar, naming it Darguun—“Land of the People.”

While Lhesh Haruuc Shaarat’kor rules Darguun, the farther removed you are from the capital of Rhukaan Draal, the less power he has. Although he has abolished slavery, some of the clan lords ignore this edict.

Although Darguun signed the Treaty of Thronehold, it is a significantly wilder place than other nations. Law enforcement is often unpredictable, and crimes that would land you in jail in Breland might just warrant a shrug in most parts of Darguun.